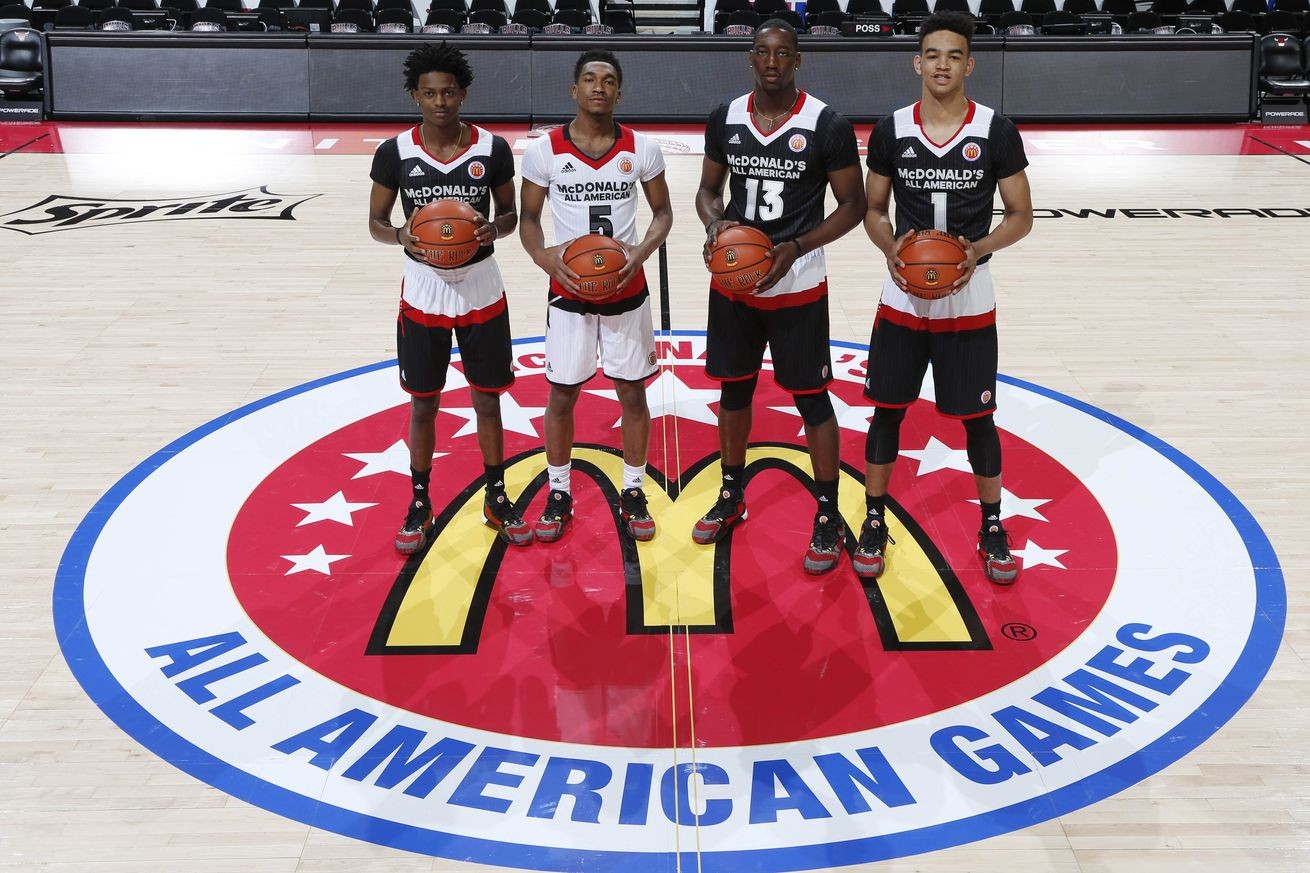 ESPN published their final edition of their top 100 players for the class of 2016 and the future Cats were on the rise. Here's how the class finished along with their rankings at the time of commitment. 5. Bam Adebayo (Up from number 6) 6. De'Aaron Fox (Up from number 7) 9. Malik Monk (Down from number 5) 14. Wenyen Gabriel (Up from number 23) -16. Marques Bolden- 24. Sacha Killeya-Jones (Up from number 56) Kentucky will bring in 5 top 25 players next fall with the possibility of a sixth if they can reel in Marques Bolden. Five players from the top twenty five will be the second time Calipari has landed such a class. The first time was in 2013 when the Cats brought in five guys ranked in the top 10 and ended the season with five freshman starting in the national title game. Could this class accomplish a similar feat next April?