LISTEN: The UK football coaches had way too much fun on KSR today 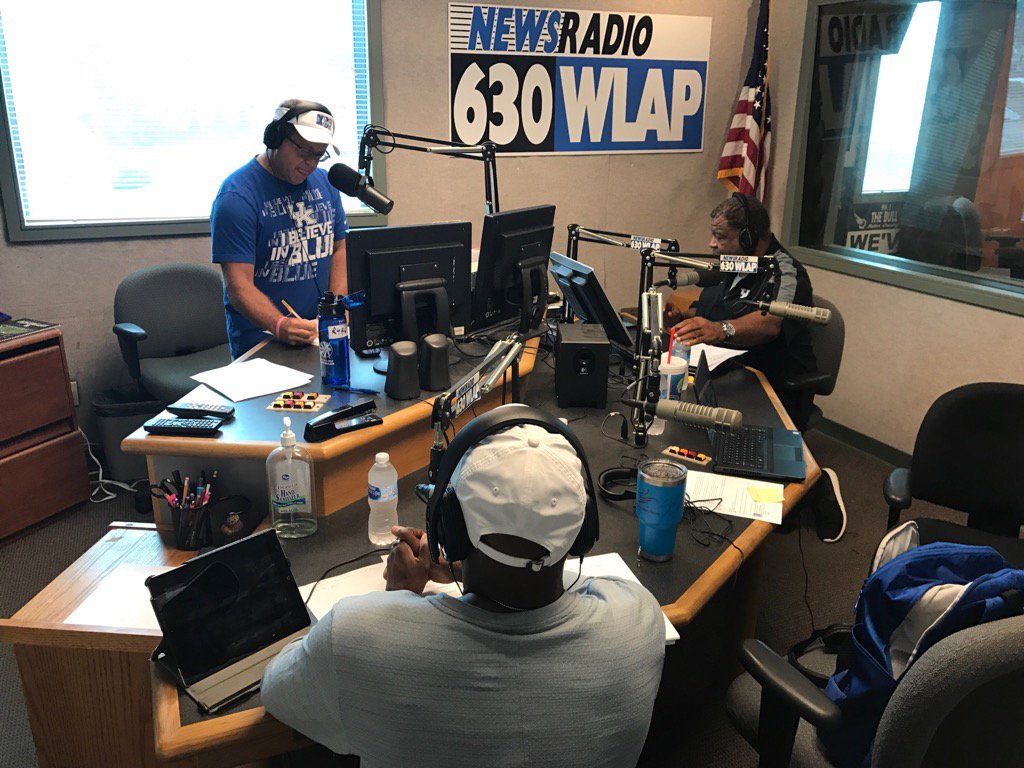 The day the UK Football coaches take over KSR has become one of the most anticipated shows of the year, and Lamar Thomas and Vince Marrow hit it out of the park again today. The two brought in some of their fellow staff members to talk about UK’s offseason workouts, talked volleyball with UK volleyball coach Craig Skinner, told stories, and shared the most famous people in their contact lists. Coach Marrow definitely won that game; he’s got billionaire Warren Buffett’s phone number. Buffett’s net worth? A cool $73.8 billion.

Mark Stoops even called in to give the two grief over hosting the show when they should be breaking down film at the training center. For a special treat, tune in to hear him around the 23-minute mark in Hour 1:

Here’s hour 2, which includes Thomas’ spot on impression of Marrow:

Want to hear more from the Big Dawg? Call the UK Ticket Office, where he’s manning the phones for the next few hours. UK’s making a hard push to get past 40,000 season tickets sold, and if they hit that mark, they’ll invite a section of the stadium to play Season Ticket Yahtzee at each home game this season. What did you get if you roll a Yahtzee? Free season tickets for the 2018 season. That, my friends, is worth the investment. So, give the Big Dawg a call and thank him for coming on KSR:

Straight out of the KSR studio, @vincemarrow has come to the ticket office to take your calls and help sell @UKFootball season tickets. pic.twitter.com/lJiBM5tvD3

We’re entering the final stretch of the #MattIsGoneTour. Here’s the schedule for next week: