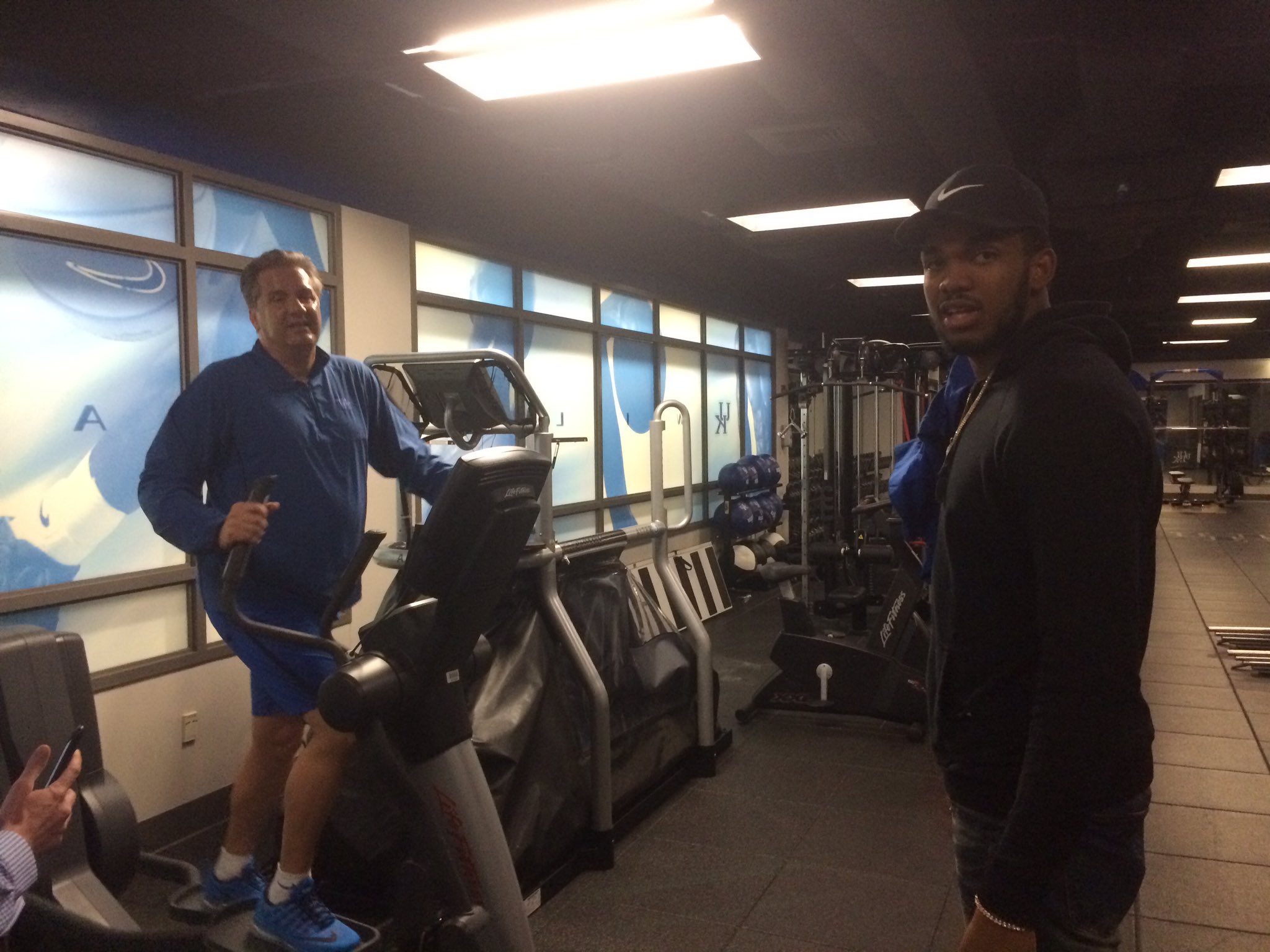 @KentuckyMBB[/caption] Coach Cal has been hitting the gym hard this offseason and today he had a special trainer by his side to push him through his Wednesday workout. It was none other than Karl-Anthony Towns, last summer's No. 1 overall pick and this year's likely NBA Rookie of the Year.

Towns was by Cal's side in Lexington this morning after recently telling the Sporting News, “I don’t believe (Cal) is going anywhere, I have no doubt that he isn’t going anywhere, but that’s for all of us to find out. He loves it there, he loves Lexington, he loves Big Blue Nation.” The Minnesota Timberwolves big man is visiting his old stomping grounds before he dedicates his entire summer to becoming a better all-around basketball player. "That's what I'm going to do this summer," he said in an interview with Bleacher Report. "I'm going to do everything I can to my body, to my physical skill set, even adding some components that I feel I can add. I'm just going to do that to be the most complete player I can be." Good luck with that, NBA.