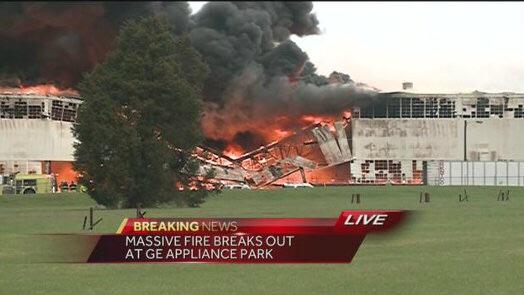 Mother Nature gave the Bluegrass quite the wakeup call this morning as a large line of severe thunderstorms ripped through the state around 4 a.m. Louisville and Lexington received as much as six inches of rain overnight and more is on the way today. Downtown Louisville was hit especially bad, and to make things worse, a five-alarm fire broke out at the GE Appliance Park, sending a massive plume of smoke over the city: [caption id="" align="alignnone" width="493"]

@caroline_5592[/caption] Meanwhile, we've just got light rain in Indy, although more is expected to move in throughout the day. Stay safe out there, BBN.