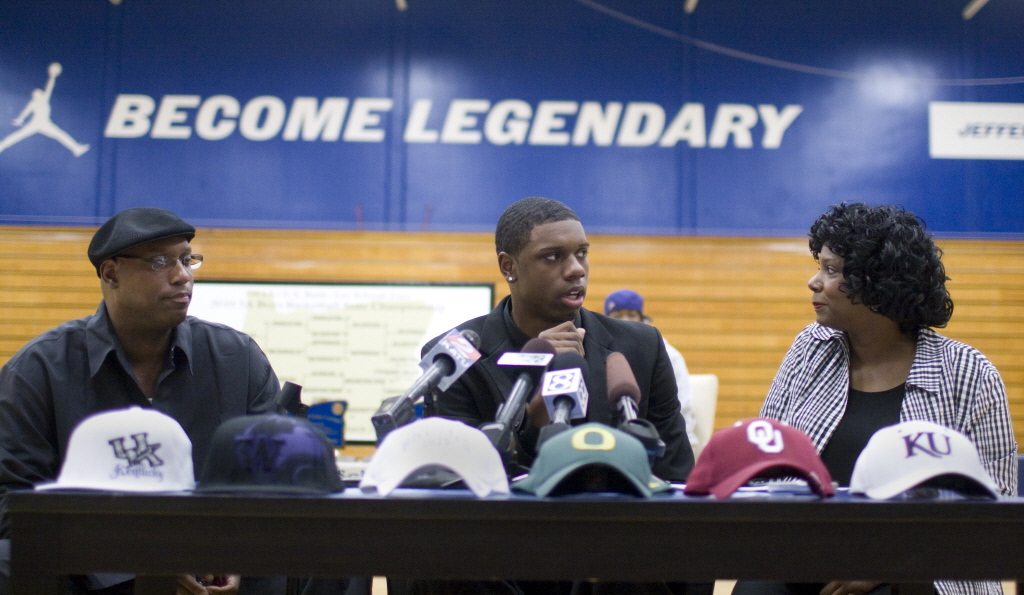 It's a Media Day bonanza at the UK basketball facility today as nearly every member of the media from across the state puts on their best khakis and tennis shoes and descends on a fresh crop of Kentucky basketball players in order to produce the first editions of stories that will be replicated thousands of times throughout the year.  Many will want answers about Enes Kanter's situation (they won't get them today) and many want to know who will succeed John Wall as king of the UK dancing throne (my money is on Jorts).  But, like we said, those answers will come later.  For now, throw your work projects to the side and take a look at this Rivals profile on Terrence Jones by Jason King, who wrote outstanding pieces on John Wall and DeMarcus Cousins last year.  It gives a good glimpse into the world of a man whose personality hasn't been made too public before now.