Mike Woodson gets a contract extension
Article written by: 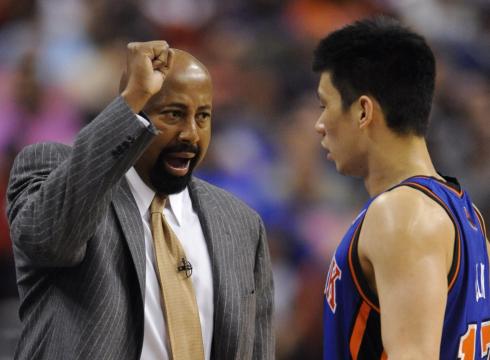 Many expected the New York Knicks to go after a high profile coach for next season, but they'll just stick with Mike Woodson instead. The Knicks and Woodson are close to reaching a longterm deal worth enough money for everyone to quit suggesting New York is interested in John Calipari. It ain't hapnin'. With Miami heating up (see what I did there?) and eyeing the Eastern Conference finals, Erik Spoelstra will likely keep his job once LeBron and Co. reach the NBA Finals. When that happens, we can drop the Cal-to-the-Heat talk, too. So, unless Calipari wants to be the biggest name in Charlotte or Orlando, Captain Orange Leaf is staying put right here in the Bluegrass. Go Woodson.