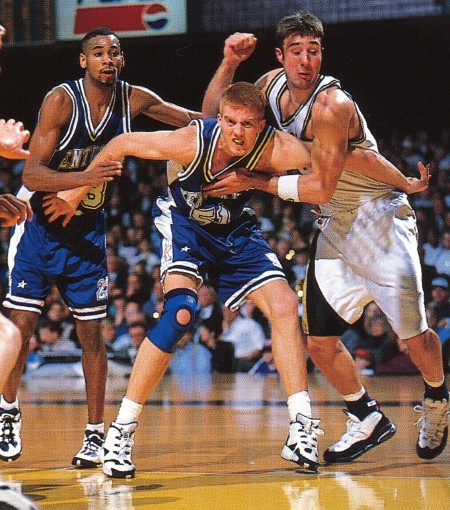 In today's edition of Where-Are-They-Now?, former Kentucky forward Oliver Simmons is returning home to the Volunteer State to coach basketball. The University School of Jackson, a college preparatory school in Jackson, Tn., recently named Simmons head coach of its boys basketball team. He will also teach history while his wife teaches English and their children attend the school. Simmons, a Nashville native, won a title at Kentucky in 1996 as a freshman with the Untouchables. He transferred to Florida State after suffering a broken leg early in his sophomore season at UK. Simmons participated in the Alumi game last summer and received a championship ring as part of the 1996 team reunion in Rupp Arena last season.   (H/T Anthony Wireman for the find)