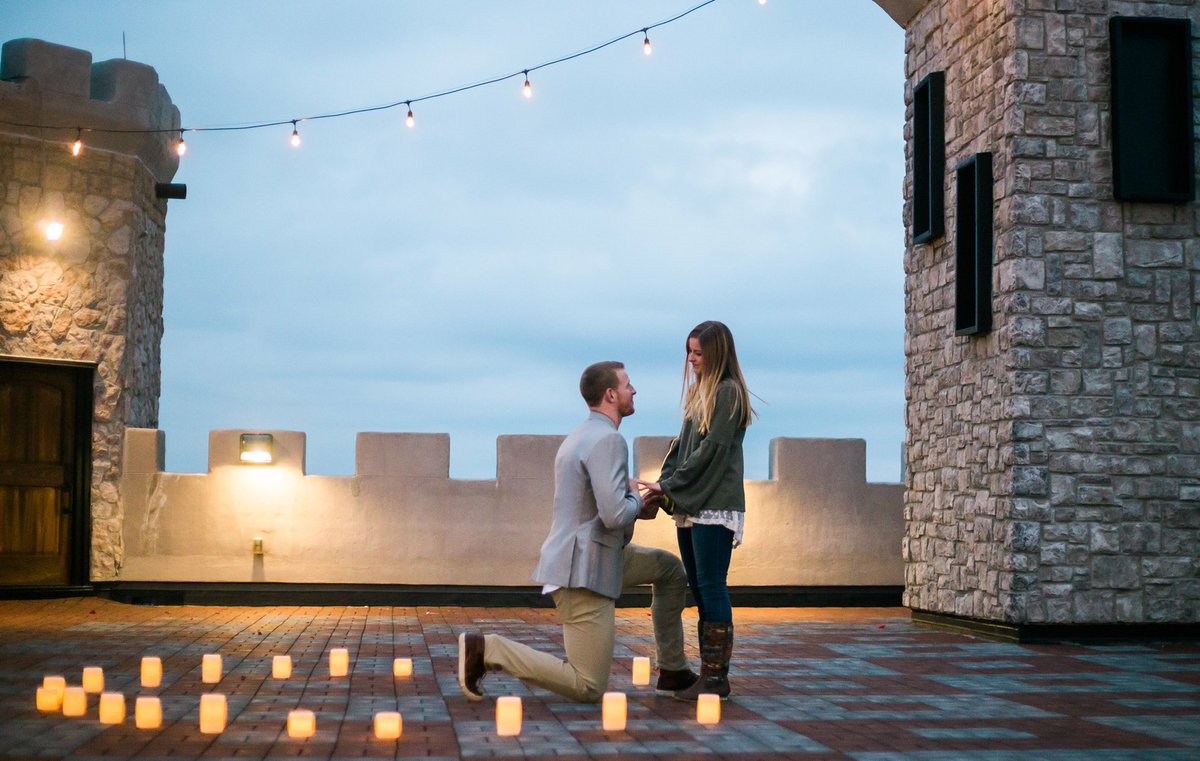 @cj_wentz[/caption] Philadelphia Eagles quarterback Carson Wentz has a new ring on his finger after his team beat the New England Patriots in the Super Bowl this past weekend. Two weeks before that, he put a new ring on his girlfriend's finger. He did so by proposing on the roof of the Kentucky Castle. https://twitter.com/cj_wentz/status/960932838450388992 Turns out, Wentz's girlfriend, Maddie Oberg, is from Lexington, which explains the location for the proposal. The two began dating last year. Eagles fans are probably excited to see his knee back in action.