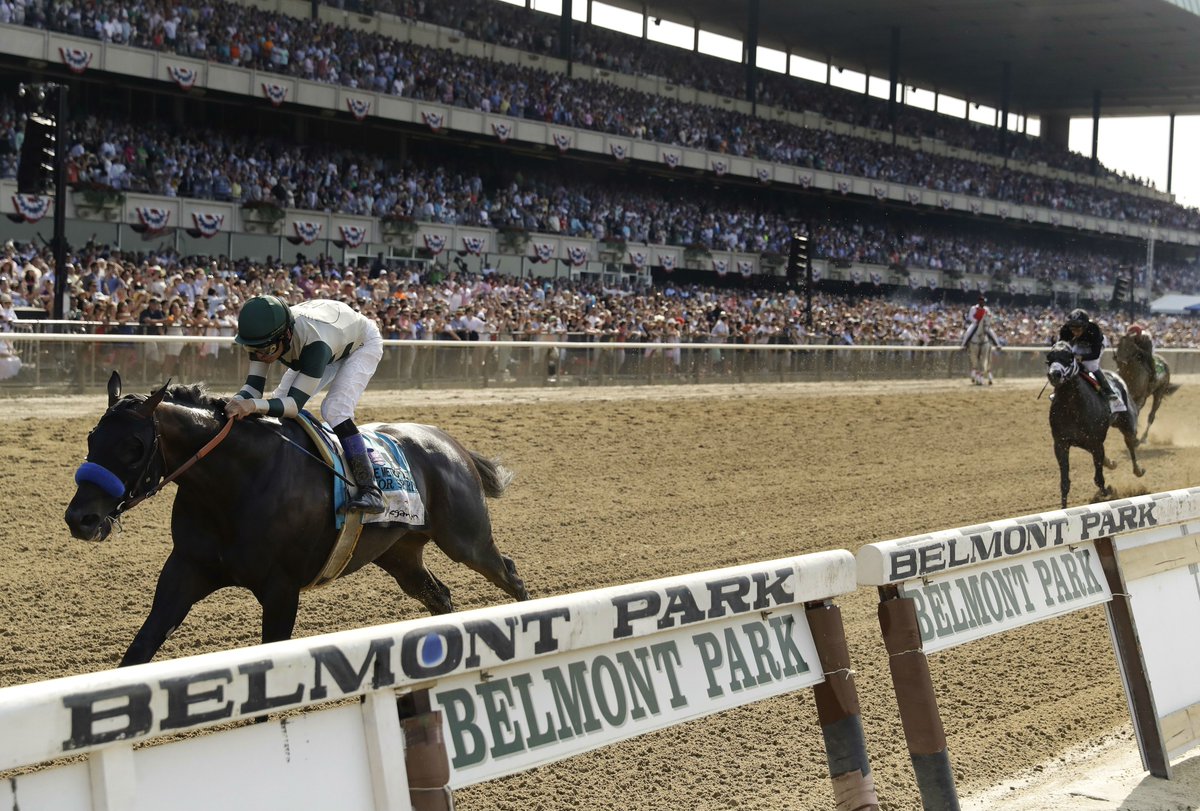 @120Sports[/caption] For the third time in four years, a Tapit horse has won horse racing's longest race.  Joining  Tonalist and Creator, Tapwrit caught the favorite Irish War Cry in the final furlong to win the Belmont Stakes by two lengths.