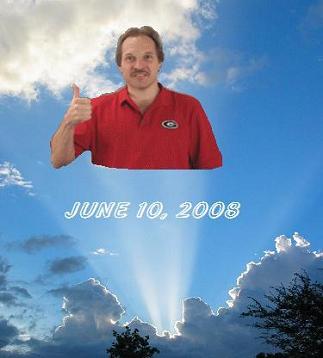 We have talked about this Saturday's game from every conceivable level over the past few days. In addition, tomorrow we will have LOUISVILLE HATE DAY, which will be nothing but targeted posts on why Louisville is the worst at everything, including life. But what we havent done is see Saturday's game from a gambling perspective. Phil Steele (the man with the great picture above) is known as the king of college football gambling, and over the past fifteen years, no one has been more accurate at forecasting success for those that like to wager on college football. He puts out a publication called "Power Sweep" in which he basically runs down every game and predicts the ultimate winner and spread. Over the years, Hubby and I have used Phil Steele as our gambling czar and have won quite a bit of flow thanks to him. Thus I thought it would be interesting to showcase his take on Cats v Cards from this week's Power Sweep: Kentucky 27 Louisville 24: Last year Kentucky trailed 27-24 late in the fourth quarter until Louisville's Trent Guy fumbled a punt return and UK recovered. Three plays later WR Randall Cob grabbed the game-winning TD with 4:28 left for a 31-27 win. UK Running Back Derrick Locke had 310 all purpose yards and 2 TDs, including a 100 yard Kick return. For 10 straight years, the team with the most rushing yards has won this game. Louisville was 7-1 Straight Up and 7-1 Against the Spread, but has lost the last three straight. Both teams have new Head Coaches but Joker Phillips has been the coach in waiting here, so there is not the usual new coach adjustment period, but UK has just 11 returning starters. The Cards have good talent and 12 returning starters adn a new attitude under new Coach Charlie Strong, who faced UK yearly as Defensive Coordinator at Florida. This one looks like a toss-up, so go with the more stable coaching staff, which had the benefit of extra bowl practices last year. With the current Vegas line having the Cats favored by 3 points, this one of only two games in which Steele's pick is the same as the line....equalling a push. The over/under is 48, and Steele's pick would suggest that the play is the Over. For me, I like Kentucky to cover and the Under, which goes against my usual "dont disagree with Phil Steele" policy on college football betting. Steele would probably suggest staying away on the game, but when our gambling picks of the week (coming Friday) are out, you will see that KSR's money is going Big Blue.