'The Helmet Catch' would not have happened without Jared Lorenzen 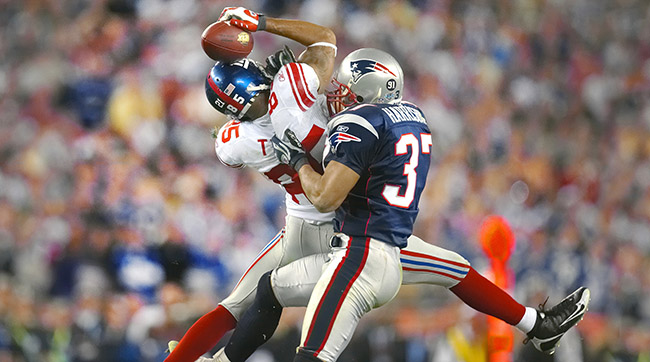 Damian Strohmeyer | SI[/caption] Jared Lorenzen's fingerprints are all over the greatest catch in Super Bowl history. Facing the undefeated New England Patriots, few gave the New York Giants a chance to win Super Bowl XLII. As the game neared a close, the Patriots were on the precipice of completing their season unblemished. That all changed when Eli Manning evaded one defender after another to throw up a prayer to David Tyree. https://www.youtube.com/watch?v=CxiHMIM4NWI Now simply known as "The Helmet Catch," the miraculous play propelled the Giants to a victory. Manning later gave Lorenzen credit for preparing him for the moment. https://twitter.com/LicensePlateGuy/status/959188809249419265 Jared helped prevent the Patriots from finishing a season undefeated. The world is a much better place, thanks to Mr. Lorenzen . [mobile_ad]