The Name of the Game for NFL Cats: Stay Healthy
Aritcle written by: 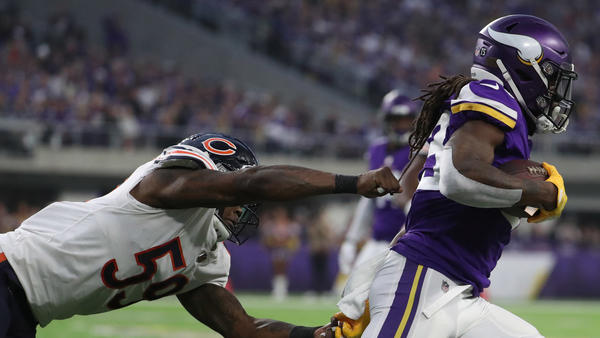 Chicago-Tribune[/caption] There are cliches in every sport, but like most things, football reigns supreme.  The reason why the coach-speaky cliches remain is that there's truth to every one of them. “One of the two most important abilities for any player in this league is durability and availability." It's a reality all NFL players face, but one Randall Cobb has learned all too well over the last two years.  Cobb told ESPN his primary goal this season is to change his injury luck from bad to good.  The easiest way to control the seemingly uncontrollable: know when you can't go. “I’ve had a little bit of an issue with that the last couple years being banged up and missing a few games, trying to play through games I probably shouldn’t have been in. That’s something I have to try to do. I have to try to stay healthy and do everything that I can." Despite his recent rash of injuries, the Packers are willing to make Cobb a punt returner this season to get more touches.  He has three return touchdowns in his career, but none since 2012. Another Wildcat needs to prove he can take returns to the house, or he might not make the roster.  Cincinnati Bengals special teams coach Darrin Simmons said prior to training camp, "It has to be one of his unique skill-sets," in order for Boom to make the 53-man roster.  To show off those skills, Boom has to be healthy, which has not been the case.  Yesterday Williams left practice early with cramps, something that plagued him throughout his time at Kentucky. To end on a positive note, Super Bowl Champion Danny Trevathan returned to the field for the first time in a limited capacity.  After inking  a $25 million deal with the Bears prior to the 2016 season, Trevathan ruptured his patellar tendon in late November.  They didn't believe he'd be back in time for training camp, but yesterday Trevathan was able to participate in individual, non-contract drills with the linebackers. "It felt so good to be back out there, man," Trevathan told the Chicago-Tribune after practice. "I felt like I was back to my normal self. But (everyone) did a good job telling me to keep calm and just slow it down." It will be good to see Trevathan and all of the NFL Cats back on the field when the season kicks off September 10.