COLUMBUS – Ohio State expected an easy win over Akron that would get the Buckeyes some valuable experience for the younger players on the team.

It didn’t get off to a comfortable start as Akron zipped down the field and held an early 7-0 lead in the first quarter. But Ohio State settled in on both sides of the ball and took care of business with a 59-7 victory at The Horseshoe on Saturday night.

And the Buckeyes were able to accomplish the goal they wanted as a group of freshmen earned starts – including Kyle McCord and TreVeyon Henderson making Ohio State history by becoming the first pair of true freshmen Buckeyes to start at quarterback and running back in the same game.

J.T. Tuimoloau and Cameron Martinez also earned their first career starts, and several other young Ohio State players got the chance to shine under the lights.

McCord settled in nicely after looking nervous on the first drive of the game. Henderson was explosive once again in his encore following his breakout game against Tulsa. Ronnie Hickman and Cody Simon each housed interceptions for touchdowns to provide the defense with a game-breaking spark.

And, of course, the game itself was shadowed by an incident with K’Vaughan Pope. The Buckeyes linebacker got into an altercation with the Ohio State coaching staff during the second quarter. He exited the field and went to the locker room at halftime, and he did not return. His status with the team remains unclear at this point as Ryan Day did not elaborate on Pope after the game.

There were plenty of bright spots, though, and those standout performances – and potentially Pope’s final moments in a Buckeye uniform – were captured on Saturday night. Check out photos from those Buckeyes stars and risers in the gallery below. 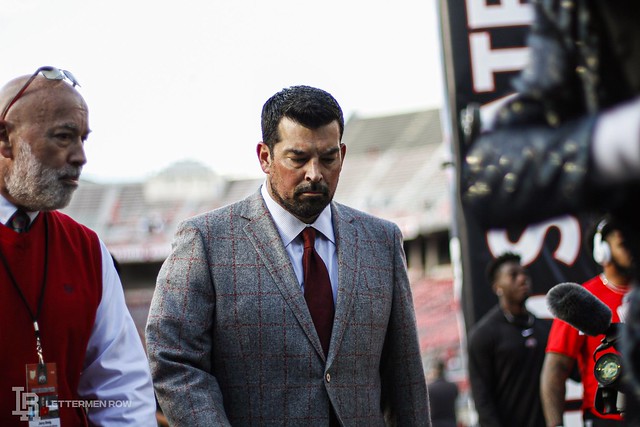