Ohio State football recruiting can be a wild ride full of twists and turns as recruits from all over the country maneuver their way to signing day. Lettermen Row is here to help navigate the tumultuous roads by getting to the heart of the matter with the young football players themselves. Birminology shows who the young men being recruited by Ohio State truly are — by talking to them. Today we’re speaking with Devonta Smith, a 3-star prospect from Cincinnati who has just announced to the world his commitment to the Buckeyes.

The unexpected recruiting dead period that began on Thursday has turned into an unexpectedly lively recruiting rush for Ohio State.

Of course, some commitments are a bit easier to predict than others. The decision of Cincinnati La Salle defensive back Devonta Smith isn’t exactly aÂ surprise, especially considering how emotional he and his family were when the Buckeyes offered just four days ago.

â€œMy mom shed a tear,â€ Smith told Lettermen Row. â€œI knew then it was special. My family is so excited. This is great.

â€œItâ€™s truly a blessing. I donâ€™t know if anyone really knows how much getting this offer meant to me other than [teammate, cousin and Buckeyes commit] Jaylen Johnson. Iâ€™m truly at a loss for words. I cried today when [Ohio State defensive coordinator Kerry] Coombs called me and offered.â€

Two days after landing that offer, Smith privately committed to Ohio State. And now, two days afterÂ that, he shared his decision with the world. 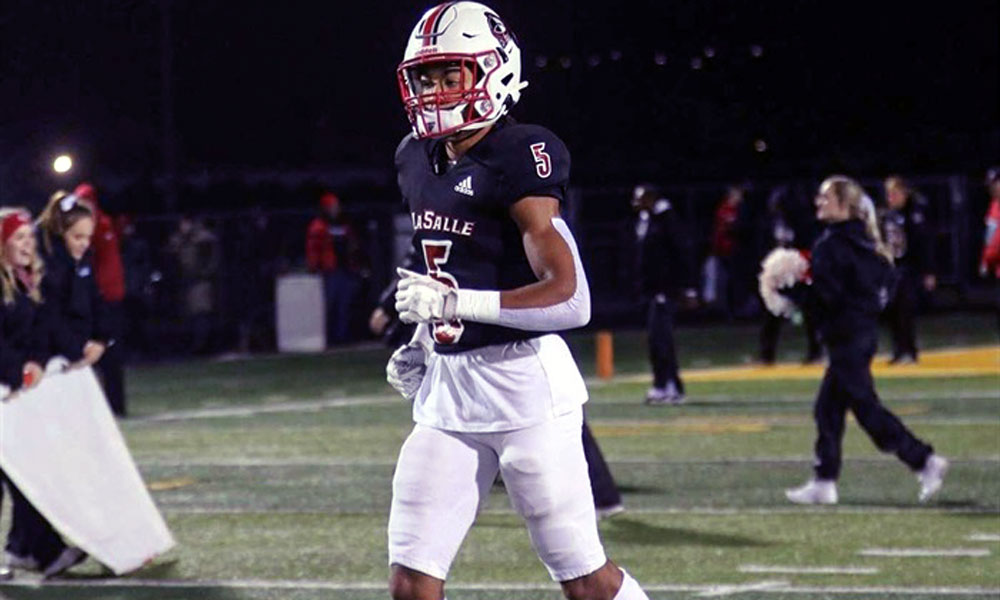 Smith had originally planned to get back to Columbus and take a visit at Ohio State before committing to a college decision. But he told Lettermen Row there was no reason to hold off when he knew that he wanted to join the Buckeyes all along.

Now that he’s committed to Ohio State, what role does Devonta Smith see himself playing as a recruiter for the Buckeyes? What were the final questions that he and his mother had for Ryan Day before issuing a commitment?