A Reference Guide for <em>Game of Thrones</em> Beginners
Aritcle written by: "Finally starting Game of Thrones."  The reluctant statement is spreading around faster than college football fever. As KSR's resident maester, I'm not here to just talk about last week's episode on Kentucky Thrones Radio.  I'm here to help everybody enjoy George R.R. Martin's amazing world of fantasy.  The following tips and graphics should be all a beginner needs to catch up with the rest of the world.  Don't worry, this post is spoiler-free.

Not Just for Nerds

This isn't The Lord of the Rings or Harry Potter.  If it were just fantasy/sci-fi, it wouldn't be this popular.  Thrones is a combination of Days of Our Lives and 300.  It's a soap opera with unexpected twists and turns, combined with sex and violence to appeal to a mass audience.  Sprinkled on top of it all is a little witchcraft, magic, whatever you want to call it, and dragons.

Power Through Season One

It's tough.  There's a lot of weird names and very little action (except for Lannister incest).  Don't worry; you are not alone.  I'm not afraid to admit I stopped watching after two episodes, only to jump back on the bandwagon for season two. Season one is the most boring part of the show, but it's not unnecessary.  A lot of minor details become major plot points down the (Kings)road.  Besides, once you get through seven or eight episodes, Thrones makes a bold move that will keep you hooked for good.

You're probably spending most of your time figuring out which oddly named character is a part of which house.  This should help. 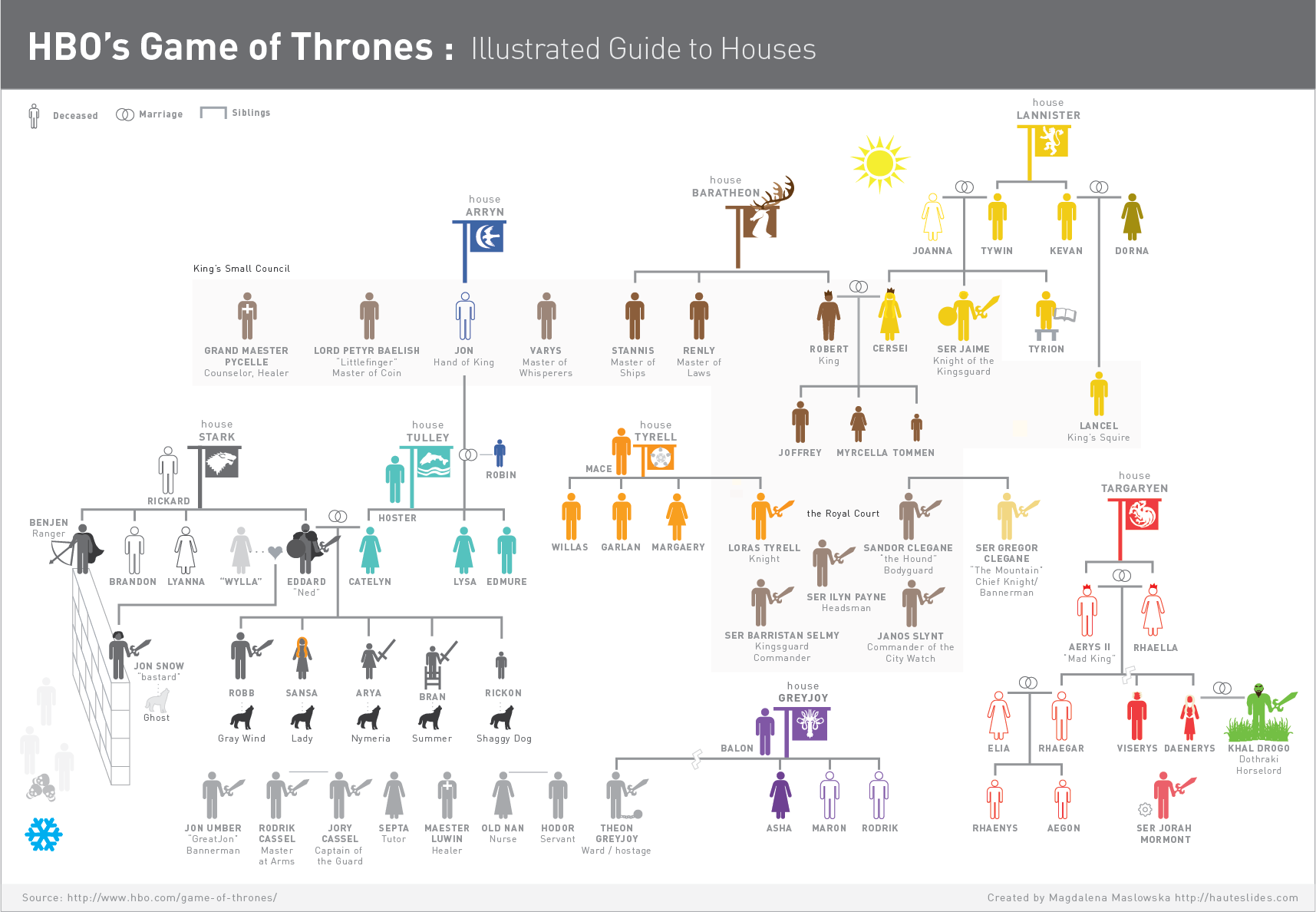 Westeros and Essos on a Map

Understanding spatial difference in a mythological world is next-level nerdom.  Even if you don't care to look right away, once characters really get to moving and shaking, these maps come in handy. Westeros 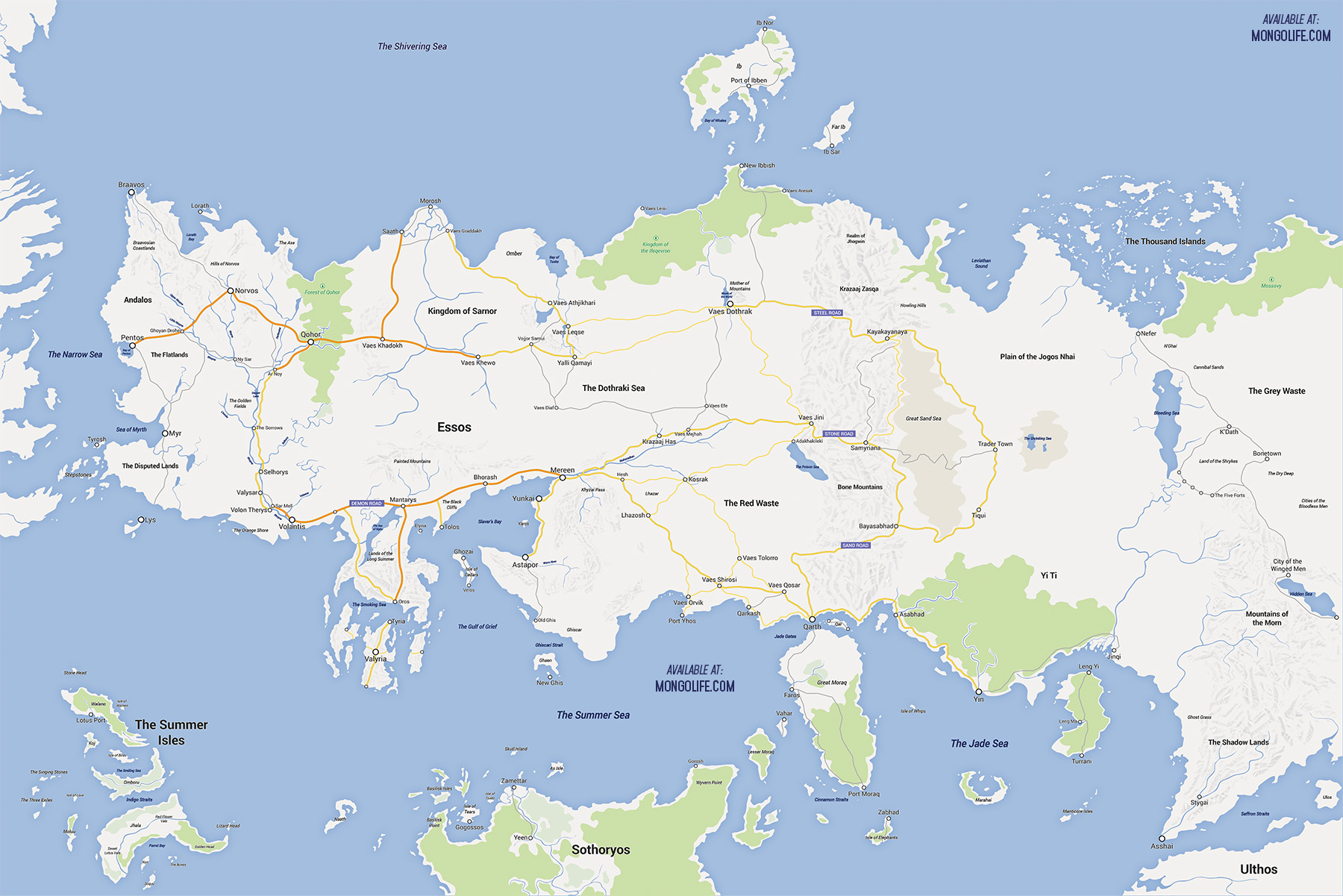 Reading the books is one way to dive into the hysteria head first, but the show doesn't force you to do extra homework.  Complicated and extremely long, save the literature for when you are through binge-watching and season seven comes to a close.  There's a lot of waiting from now until season eight.

For those who didn't feel like reading, HBO actually created something to help you understand the show's biggest storylines, with the help of Samuel L. Jackson.  Just be warned, there's a few spoilers and many F bombs (exactly what you should expect from Samuel L. Jackson). https://www.youtube.com/watch?v=6N4gEJ_ED98 a