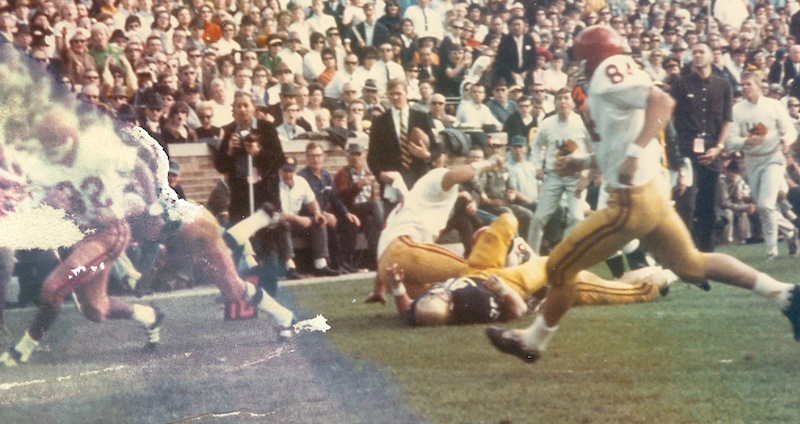 O.J. Simpson headed to end zone with Best and Padgett (in yell leader uniforms) chasing down the sidelines[/caption]

It is rare to find someone as passionate about anything as Garry was about USC football. He literally lived and breathed it.

Garry Paskwietz was a pioneer in bringing team-specific sports coverage to the internet. He founded WeAreSC in 1998 and was an Emmy winner for his work with Fox Sports West. Always generous with his time, knowledge, and compassion, he touched the lives of countless USC and high school football fans.